Our lawyers have first-hand experience in not only running businesses, but also managing the wide variety of legal issues that arise in the business world.

Simple sales to complex mergers and acquisition, let us help your company grow and position your new or expanded business for success.

Let us uncover and clearly define key areas of risk, then build a customized solution that matches your business needs, goals and operations.

From mediation to courtroom disputes, get timely, efficient, and cost-effective resolution that minimizes any additional risk for your company.

Need help reviewing, drafting or enforcing a business contract? We give every contract, review, or negotiation we manage our meticulous attention.

Allison & Mosby-Scott can help guide your business through the various legal challenges it faces and help you achieve your goals.

Get help navigating the complex and ever-changing rules and regulations surrounding employee benefits and ERISA law to attract the best employees.

More resources are available in our online Business Resource Center.

By Lisa Dorch In Business

By Lisa Dorch In Business

Standard Mileage Rates Go Up in 2022

By Lisa Dorch In Featured

Depend on our business/commercial lawyers to provide the expertise you’re looking for. 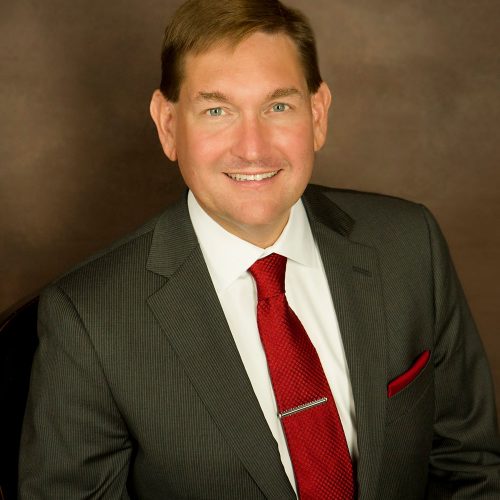 Prior to joining the firm, Michael was Vice President, Insurance & Risk Management at Archer Daniels Midland Company (ADM) and President and General Counsel of Agrinational Insurance Company, the captive insurance company of ADM. Under his leadership Agrinational became one of the most admired captive insurance companies in the world. Agrinational was named the 2012 Captive Insurance Company Association Outstanding Captive award winner as well as the 2012 World Captive Forum Award of Excellence winner. Agrinational was also one of the ﬁrst companies to receive Department of Labor approval to reinsure US employee beneﬁts.

Michael also has extensive experience in business formation, mergers and acquisitions and regulation. He oversaw the acquisition of a crop insurance MGA, its growth to $550 million of gross written premium, and ultimately its sale for a gain of $120 million. He was also responsible for the formation and operation of an Illinois captive insurance subsidiary and the acquisition and operation of an Arizona insurer licensed in 42 states.

Michael is a frequent speaker on risk management, insurance, and captives and is a published author who has served on many boards. He is a faculty member of the National Alliance for Insurance Education, he served as a Director and member of the Audit Committee of United Insurance Company, a Cayman Island insurer, served on the Chubb and Swiss Re Client Advisory Panels and currently serves as a Director for the Captive Insurance Companies Association. He has also served in leadership roles at the American and Illinois State Bar Associations.

Prior to his time at ADM, Michael served as a corporate attorney for State Farm Insurance Companies in Bloomington, Illinois. In addition to being licensed to practice law in the States of Illinois and Vermont, Michael holds the CPA, CRM, CPCU, CLU, ChFC, FLMI, ARM, ARC, AIC, AMIM, ARe, AIAF, AU, and CGMA designations. He is also a member of the Lawyers of Distinction and has been recognized as the Top 100 in business law by the Association of American Trial Lawyers. He is a graduate of the University of Illinois and Southern Illinois University School of Law.

Michael and Michelle, his wife of over twenty-five years, have three children and live in Bloomington, IL. Michael enjoys golf, sports with his kids, and travel. 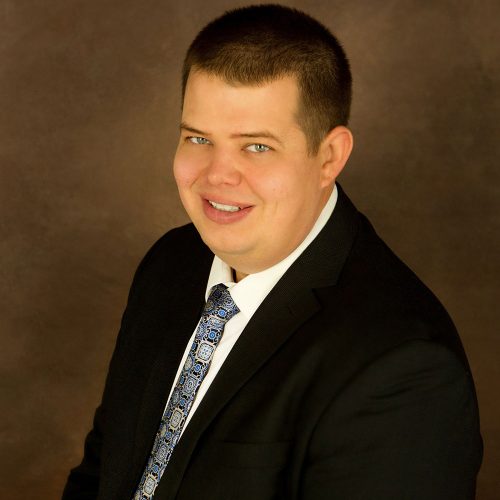 X
Derek J. Luster is an attorney at Allison & Mosby-Scott where he practices business law, as well as providing risk management consulting for the firm’s risk management consulting practice, Allison & Mosby-Scott Risk Management. Derek’s practice areas include business and commercial litigation; business organization and transactions; mergers and acquisitions; ERISA; agreements and contracts; captive insurance company taxation, formation, and regulation; real estate; and wills, trusts, and probate. Derek leverages his 13-plus years of legal experience and his broad knowledge-base to assist clients in resolving complex legal and business issues so they may reach their goals.

Prior to joining the firm, Derek was Senior Counsel, Mergers & Acquisitions at Archer Daniels Midland Company (ADM), a publicly-traded, Fortune 50 company. While in this role, Derek was entrusted with handling extraordinary large and complex cross-border transactions, including a $3 billion acquisition of a European flavorings business, the $1.3 billion sale of ADM’s cocoa processing business to a sovereign wealth fund, the $400 million sale of ADM’s chocolate business to a direct competitor of ADM and the $120 million sale of ADM’s Crop Risk Services to a private buyer. Before taking on the role of Senior Counsel, Mergers & Acquisitions, Derek served as Senior Counsel – Business Law at ADM, handling multiple sensitive and complex transactional and commercial issues.

A native of Central Illinois, Derek grew up in a small farming community prior to attending college at Southern Illinois University Carbondale. When enrolled there, he received a Bachelor of Science in Finance, with specializations in both Investments and Banking, and a minor in Accounting. Derek then attended Southern Illinois University School of Law while also working for ADM’s Insurance and Risk Management Department.

Derek and his wife, Alexandra, have two dogs. He enjoys spending time with family and friends, hunting, outdoor activities, and travel.

Derek is licensed to practice law in Illinois, Vermont and Colorado. 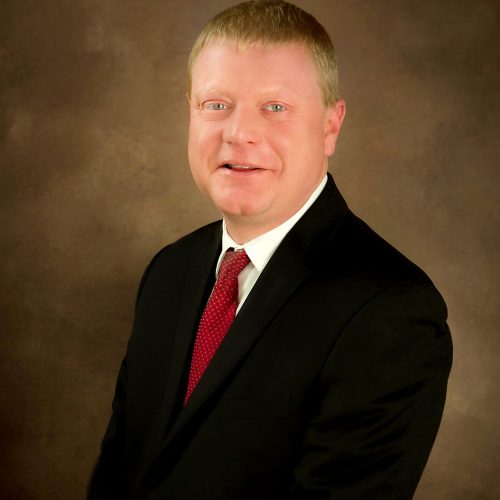 X
Matthew E. Butler is a seasoned attorney and litigator with Allison & Mosby-Scott who has been zealously representing clients for six years. Matthew concentrates his practice on DUI, traffic, family law, and juvenile abuse and neglect cases. His practice areas also include creditors rights and landlord tenant disputes.

Matthew was born and raised in Bloomington. He graduated from Illinois State University in 2004 with a bachelor’s degree in Spanish. Matthew also received a Master’s of Arts degree in Spanish from Illinois State University in 2007. Matthew graduated from Southern Illinois University School of Law in 2012 with his law degree. While in law school, Matthew interned with the McLean County State’s Attorney’s office. He started his career as an attorney in McLean County litigating creditor’s rights and criminal defense matters. Matthew has also practiced as an assistant Public Defender in Macon County handling criminal defense cases as well as juvenile abuse and neglect cases.

In his free time he enjoys fishing, playing guitar and spending time with his wife. 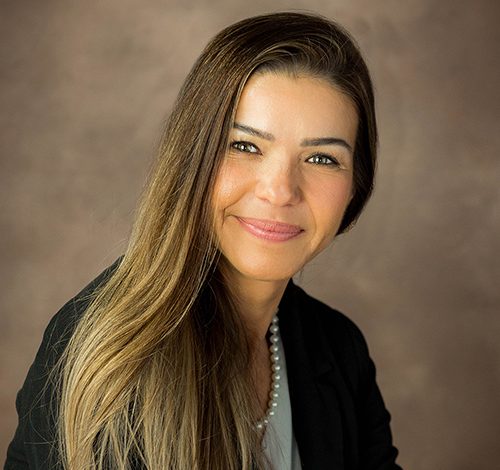 X
Sandra Molinari is an experienced attorney at Allison & Mosby-Scott. Sandra focuses her practice primarily on Family Law and Immigration. Her practice also includes Expungement and Sealing of Civil Matters.

Sandra was originally born and raised in Brazil where she was first licensed to practice law and where she acquired experience in family, consumer, election, and administrative law. In December 2014 Sandra moved to the United States and brought with her the passion, determination, and dedication to start her law career in a new country. Sandra founded her own company where she provided legal services in family law and immigration and Brazilian civil litigation and negotiations. Acting as “a bridge” in legal matters between Brazil and the U.S./Illinois was also part of the services provided by her. Prior to joining Allison & Mosby-Scott, Sandra spent over 18 months at McLean County States Attorney’s Office in the Child Support Enforcement Unit where she proudly represented the Department of Healthcare and Family Service on behalf of the people of the State of Illinois. Sandra is fluent in English and Portuguese, and proficient in Spanish. Sandra was a member of the IFSEA’s Legislative Committee and is a Volunteer with Big Brothers Big Sisters in Bloomington.

In her free time Sandra loves spending time with her husband and her two adult daughters. Sandra also enjoys gardening, working out, riding her motorcycle and enjoying time on her paddleboard on the lake for exercise.

“I hired Allison & Mosby-Scott attorney, Derek Luster, to help me transition my business to a Limited Liability Corporation. He was quick to respond to my questions and thorough in his knowledge of the many details that concerned me.”

You're the priority. We can help. Schedule a Consultation